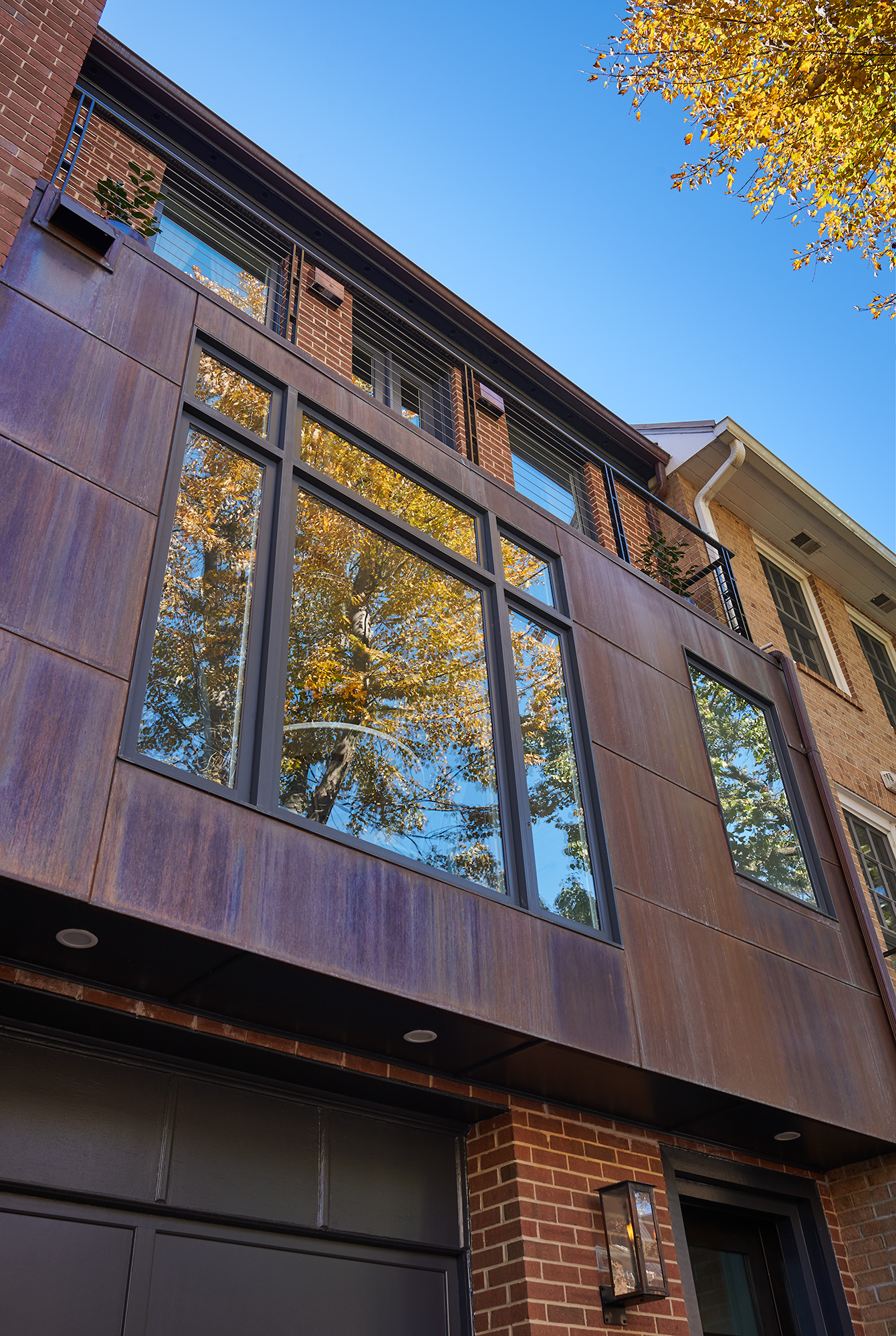 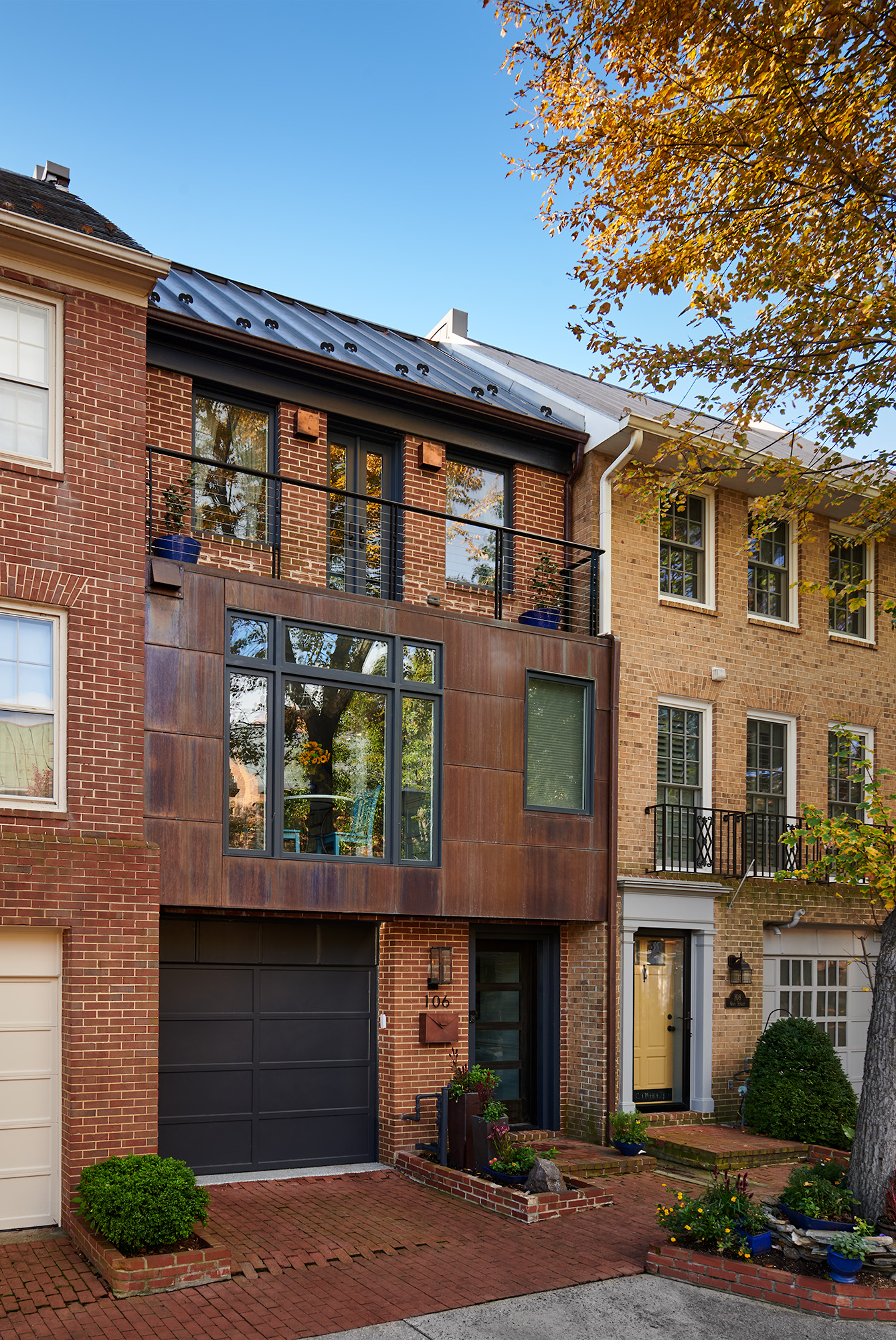 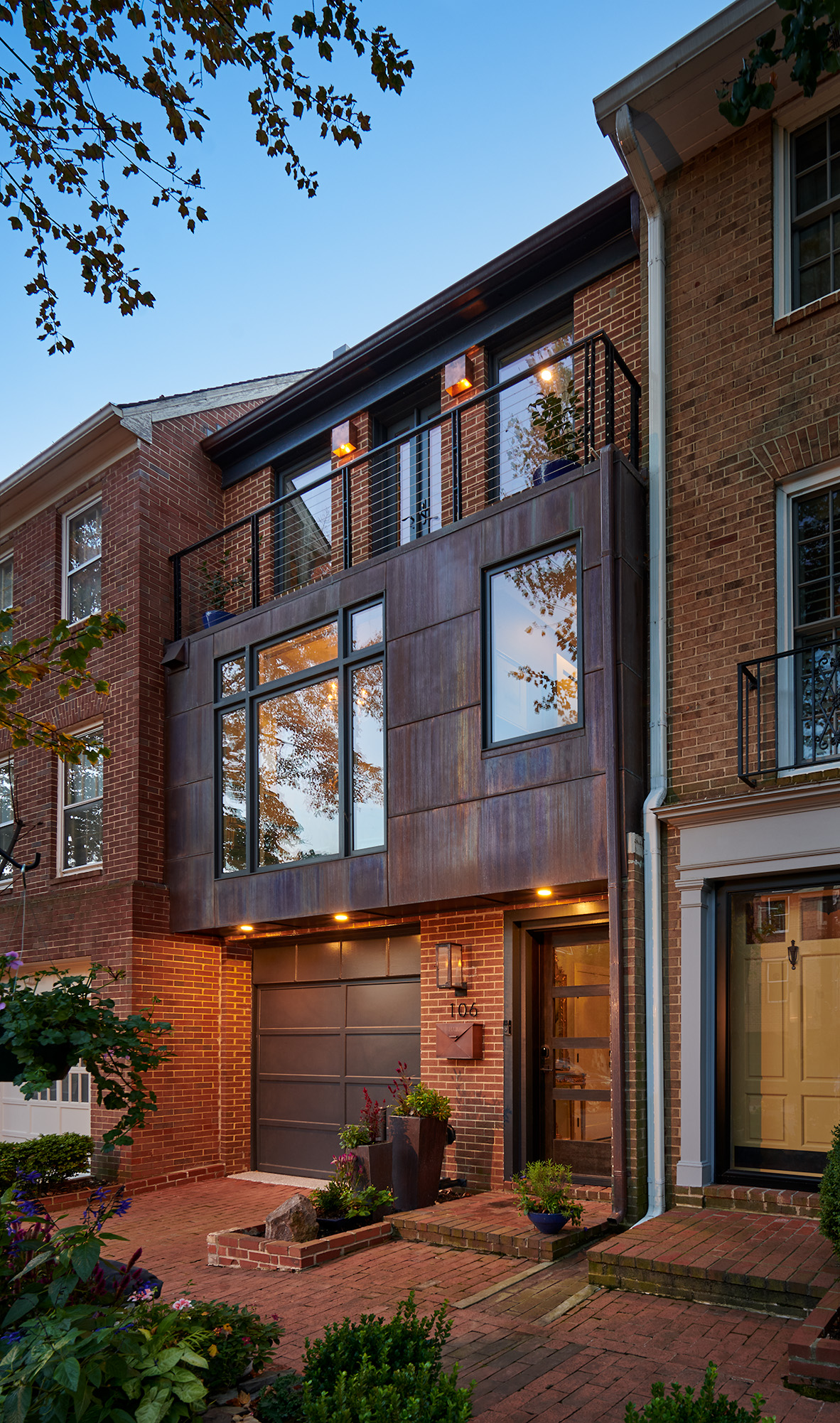 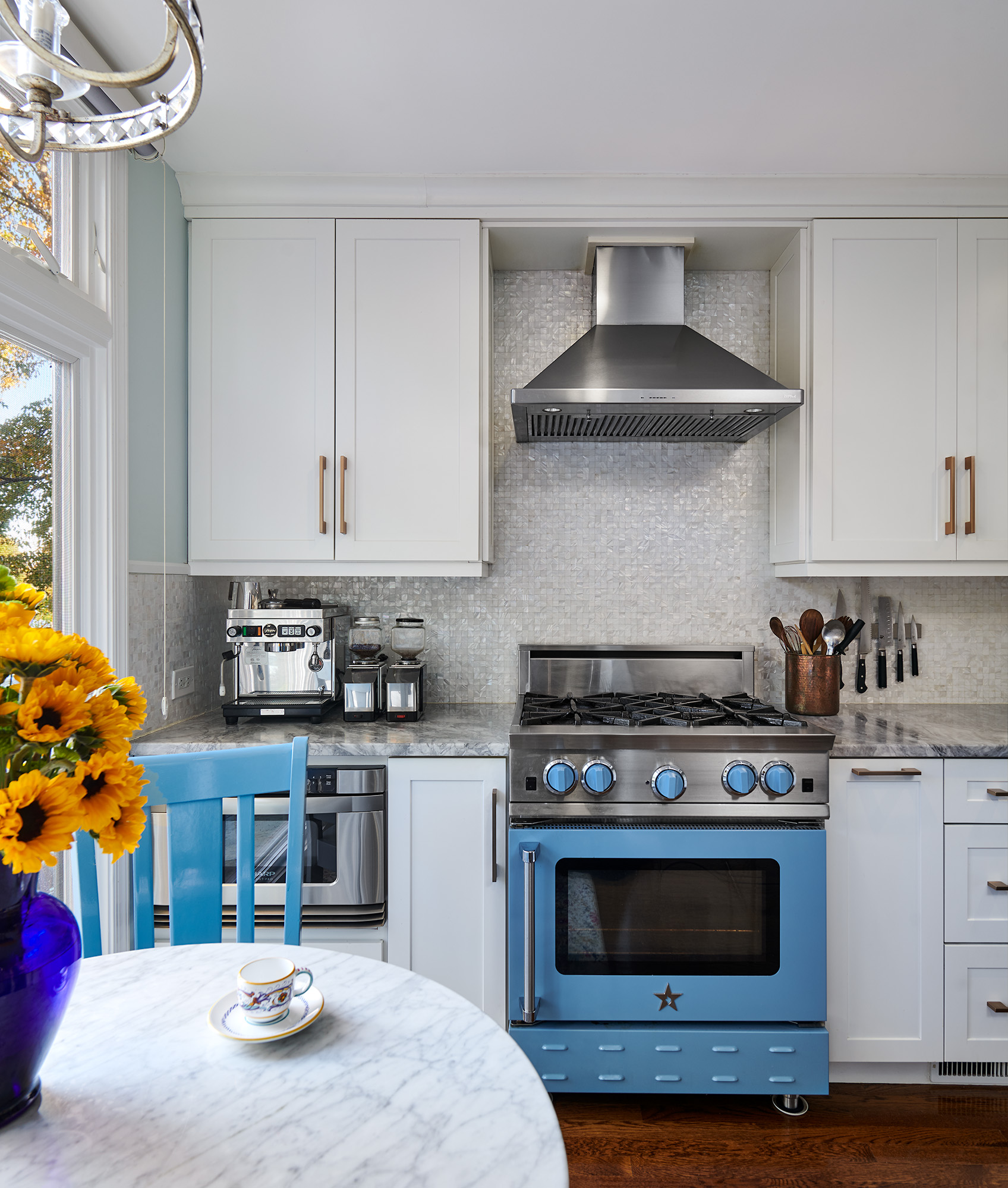 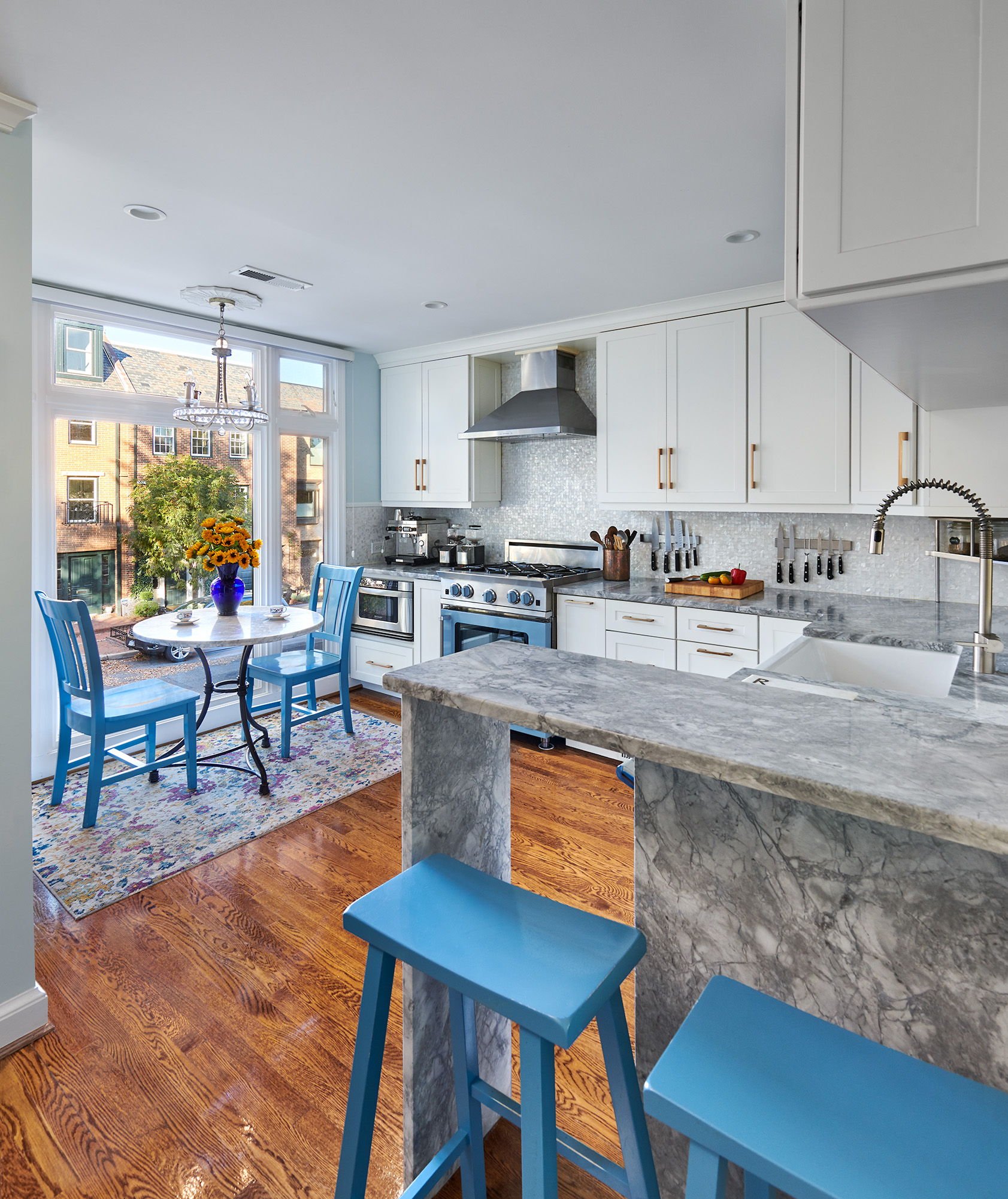 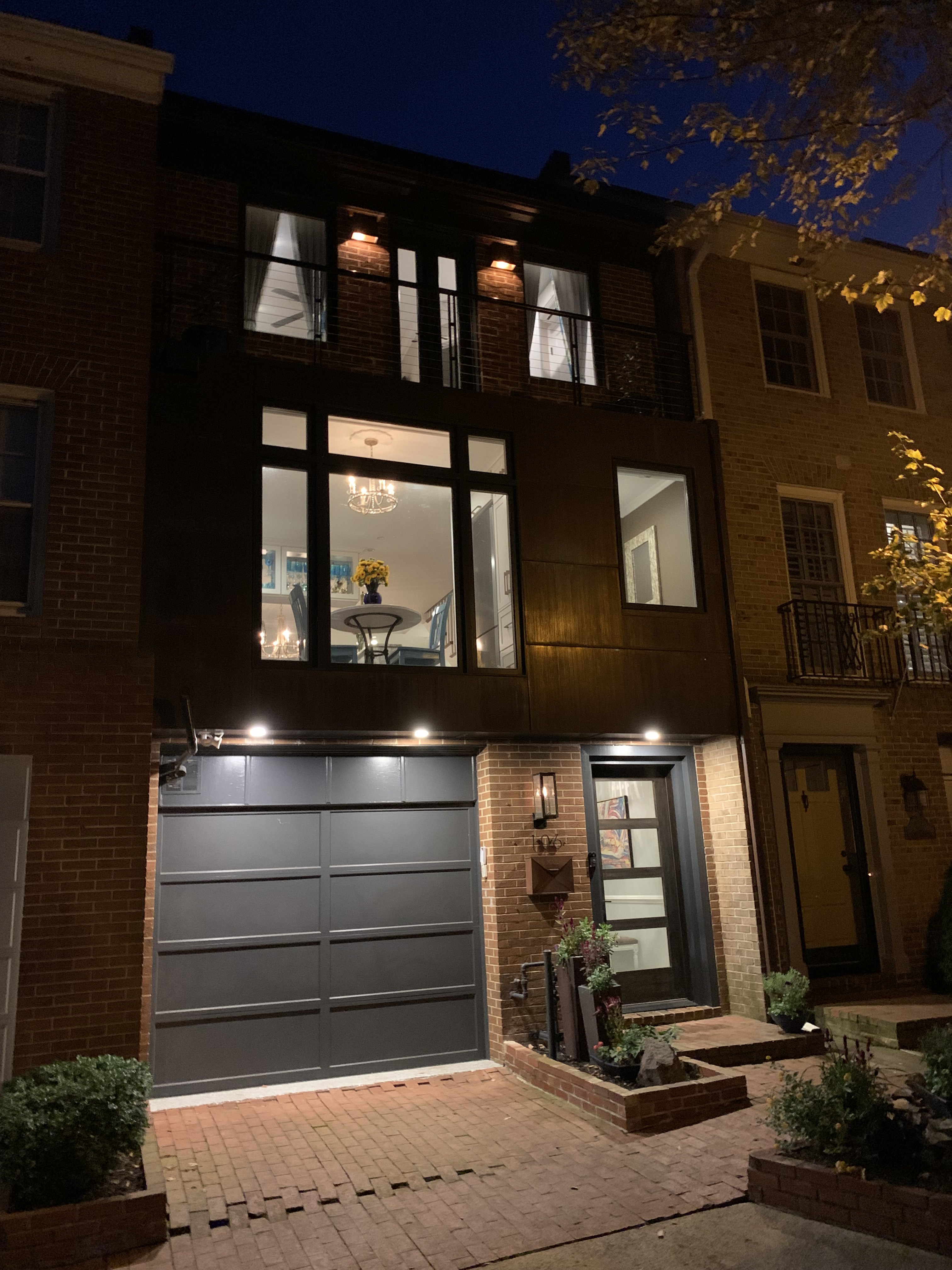 Using an architectural scalpel, this home’s traditional brick façade was carved by copper to craft a unique modern intervention adding much needed space and light to the narrow north facing home. The existing home had been originally designed with an under-utilized twenty-four-inch-deep balcony off the kitchen on the piano nobile. The homeowners wanted something very modern but also something typical of this neighborhood in terms of massing and scale. Further, they had very little square footage that could be added to their home by-right.

The solution, utilize the concrete balcony for a light-weight copper clad structure allowing the kitchen to expand out on to the balcony’s surface recalling a typical bay window but using modern vocabulary. The large picture window in the kitchen and the glass front cabinetry between the kitchen and dining room where a wall was removed allows greater natural light to penetrate into the depths of the interior dining room space beyond. The small aperture adjacent to the picture window conceals an existing powder room that was to remain in place. The top surface of the bay provided the opportunity for a new balcony off the second story bedroom.

The homeowners, initially hesitant about the use of copper cladding in such a prominent location on their home’s front façade, trusted their architect and fell in love with the material’s dynamic color range and changes over time as it naturally patinas.  They view their home’s renovation as a piece of art done specifically for them and their needs.